Sometimes, it’s fun to be right.

On December 3rd, I wrote a piece on my personal blog, later published in The Chronicle Herald about the then impending release of the PISA results by the OECD. At that time, I predicted that, on Tuesday, December 6th, the airways would be full of bluster and pomp as expert after expert would undoubtedly weigh in on the PISA results. And, waddaya know? I was right.

From Saskatoon to Halifax, from Malaysia to the United Kingdom folks everywhere were abuzz with PISA talk. And, considering that Canada dropped in the PISA rankings from 2009, much of the talk in this country centered around the same old issues. “What” the alarmists cried, “is wrong with our education system?” 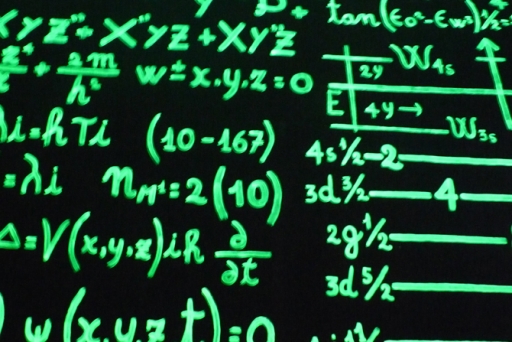 Photo by João Trindade / CC BY

Not surprisingly, of course, the commentary came from many sources. Everyone, it seemed had an opinion of why scores were low, and what needed to be done to “fix” the problem. From promoting charter schools to getting rid of the “New Math” solutions abounded, many coming with the familiar, tired rhetoric. The teachers are under trained. The new math is “soft and fuzzy”. The establishment is anti change. We need more standardized tests. And, the ever popular, it was better in my day.

Well, before we throw yet another generation of students under the “Let’s change it now!” bus in our relentless pursuit of mathematical perfection, let’s pause for a moment, as a group, and consider a few factors.

First off, let’s accept the fact that no one anywhere has the golden fix for teaching all students math. Seriously, if a method of teaching math existed that would ensure a high level of achievement in all students, it would have been accomplished already. Heaven knows we have spent loads of time, energy and not insignificantly, money trying to fix “the math problem”.

Secondly, if jurisdictions who scored high on the PISA were actually doing so singularly because of what was happening in schools, why do countries ever slip in the rankings? Consider Finland, whose education system became the system to model after several years of high PISA results. If they had been having success in teaching math, why did their scores slip this year? Did they suddenly stop doing things that had been working? One theory I read prior to the PISA release stated that, in a nutshell, there has been an increase in the number of distractions that draw students away from all their school subjects.  When competing with things like social media, at your fingertips entertainment and “self-elected pastime activities”, perhaps kids in Finland just don’t care as much about math as they used to. PISA results may, at the end of the day,  have nothing to do with math methodology.

The final issue with PISA, of course, is that it often compares apples to grapefruit. Education systems across the globe are very different, not just in how they educate, but also who they educate, and what they demand of their students. Serious concerns have been raised, for example, around the validity of PISA data that comes from China. The system in Shanghai, a top place finisher two cycles in a row, has been criticized by some as being nothing more than a continuous stream of tests. Students are required to write standardized tests from primary school onwards to advance to the next level of education. The higher ranked the school, the higher the admission requirements. Thus, in order to get into the” good” schools, tremendous pressure is applied by parents for students to achieve high marks. At the end of their secondary career, students must write the three-day long gaokao, a national standardized university entrance exam which can essentially decide a student’s future.

In 2011 the Globe and Mail ran a report about this very issue, and focused on the PISA results from 2009, in which Shanghai had again placed first. They spoke to a Mr. Ni Minjing  a physics teacher who was, at that time, a director of education in Shanghai. Although Mr. Ni correctly predicted that Shanghai students would do well in the PISA in 2012, he expressed concern about the over emphasis on test taking within the system. PISA, he argued, simply focuses on what Chinese students are good at, memorizing facts and taking large, standardized tests. This success came at the cost of creativity and independent thinking skills.

I was recently speaking with a colleague of mine, familiar with the Shanghai system, and he compared the Chinese approach to math and the Canadian approach to hockey. We have hockey camps in the summer, they have math camps in the summer. We have hockey practice after school, they have math practice after school. Our child scores a goal in an important hockey game, a name goes in the local paper, their child scores well in an important math exam…

I’m not anti-math, nor am I particularly anti-PISA. I think that the results are interesting, and although I am unsure of the cost associated with participating in the PISA, I can only assume that they are relatively low. However, when we look at PISA and compare ourselves to others, I believe we would be wise to be cautious what we wish for. We want our kids to be good at math, and they are. But we also want them to be creative, and thoughtful, and active and happy. Achieving that as a national education goal might be a more fruitful endeavor.

Yes, Canada would like to place higher in the PISA rankings, but surely not at any cost. Building a generation of good test takers, I feel, would never be articulated in the improvement goal of any jurisdiction in this country. And tell Canadians that PISA preparation is going to interfere with hockey practice?

Well, you’d better be ready to drop the gloves on that one.