One of the main barriers to turning knowledge into action is the tendency to treat talking about something as equivalent to actually doing something about it.—Jeffrey Pfeffer and Robert Sutton, in The Knowing-Doing Gap 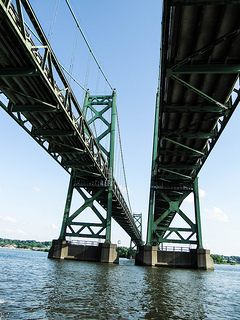 One of the main barriers to turning knowledge into action is the tendency to treat talking about something as equivalent to actually doing something about it.—Jeffrey Pfeffer and Robert Sutton, in The Knowing-Doing Gap

It was through Tom and David Kelley’s encouraging publication, Creative Confidence: Unleashing the Creative Potential Within All Of Us  that I came to the work of Jeffrey Pfeffer and Robert Sutton and, in particular The Knowing-Doing Gap. There I found myself being stared down by the stark realization that, over the past 5 or 6 years, the scales in my own professional life have been tipped in favour of talking as opposed to doing. Oh, before retiring from formal teaching a couple of years ago, my classroom practice did begin to resonate more and more with what I believed and valued about student engagement, deep learning and integrated experiences. A little bit of that thinking even spilled over into conversations with colleagues throughout the district. But, until recently, a good deal of my thinking has remained in a state of rest—fairly inert— on websites, social media channels and in summary reports.

At the risk of sounding overly self-deprecating, that gap between what we know should be done and what actually gets activated and mobilized is fairly common according to Pfeffer and Sutton. And, for the Kelley brothers, founding inspirations behind the influential design company IDEO, it’s precisely this gap that needs to be bridged if we are going to move forward with any attempt at change.

By taking the important elements of what we believe and know about our work and, quite literally, turning them into actions, we move to an important step in developing a change mindset.  For Tom and David Kelley, those with creative confidence aren’t satisfied sitting around waiting for the planning to be complete. They likely get a little antsy at conferences that end with a hope, a dream or even a general call to action. Instead, they’re anxious to get out and try things out, “knowing they will not always be right but optimistic about their ability to experiment and conduct midcourse corrections further down the road.” (Kelley and Kelley)

There’s a great deal to explore in the move from knowledge to doing being advocated by the Kelleys, Pfeffers and Suttons of the world. There are organizational conditions that are more effective at supporting a culture of action than others and I would like to explore some of these with you over the next few entries.

But I would like to suggest that the rhetoric about change and transformation in education, as inspiring as it might be, is largely stuck in the “let’s get together and talk about it” phase. And I believe that the way to get unstuck is to create a climate where there is an expectation that ideas are translated into action.

On a practical level, what if every education conference we planned included a prototyping session where ideas from the morning were brought to life in the afternoon, taken away, and in the days and weeks that follow, tried, changed, grown AND brought back to the next edition of that same conference? What if our unconferences began with a call to action and an invitation to  the type of design thinking that Jennifer Chan envisioned nearly two years ago? Or what if we built a type of OpenIdeo space dedicated to the opportunities for a change that, according to the Kelleys is hiding beneath every perceived problem?

These are just some of the ways that we can begin to recognize the largely unexplored side of the law of inertia. We all know that “objects at rest tend to stay at rest”, but do we also admit that once objects are in motion they are prone to stay that way? How might we create that positive sense of inertia in our work? How might we enable those at all levels of our education system to feel supported to go out and try things that might just work? How do we expand our conversations so that the powerful thinking that has been built up in our educational communities can be activated, mobilized and brought to scale?