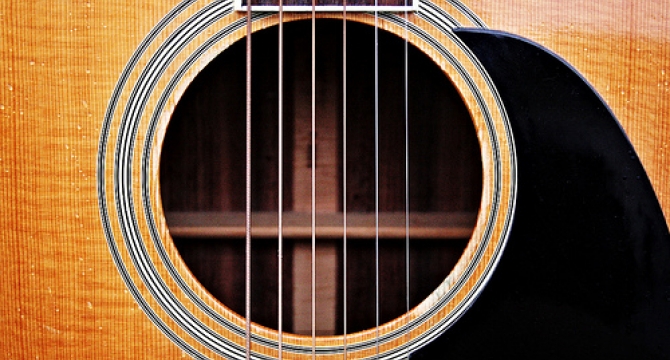 At the centre of every acoustic guitar string is a steel core that is instrumental in the creation of bright and resonant sound. Take a look at the top two strings of a standard six-string instrument and you’ll be able to see what that core looks like in its most innocent form: relatively thin, pure in construction; with just a little amount of tension they will produce a clear, relatively high-pitched sound. Moving across the fret board, the diameter of each string is gradually increased by winding another metal material around the core. The slight change in the thickness of each successive string provides a deeper, more resonant sound, requiring a little more tension to create the desired pitch. While many factors contribute to the sound quality of an acoustic guitar, significant credit can be attributed to the strings and, in particular, that pure steel core around which everything else is wound.

The 21st century has presented us with new landscapes for both teaching and learning, and in the process, redefined horizons have come into view. But as the makers of guitar strings know, the quality of the music produced by a single string is dependent on the attention paid to that central core material. And despite the fact that we seem to want to wrap more and more around our schools and classrooms, there is a recognition in our recent blog entries that we need to keep returning to that central relationship between learner, teacher and curriculum.

In their own way, the most recent contributions to the CEA Focus on Innovation Blog Series call us back to a consideration of that central core of this place we call school. It’s the fundamental learning space that is created when educators and students authentically gather around questions that are both relevant and important. For all of our recent authors, the power of innovation lies in the recognition and support of that central core; when that happens powerful learning takes place, and the classroom begins to resonate!

Brian Harrison paints a picture of what that resonance looks and sounds like at the earliest stages of schooling. His own reflections on the potential that exists when a full day kindergarten environment is built on a spirit of inquiry–on the part of both teachers and students–is both hopeful and exciting. For Harrison, the innovative challenge may lie in our refusal to be limited by the limitations placed on us by tools and processes that we currently use to capture the sublime beauty of these environments.

Principal Harrison’s reflections were echoed in the writing of Eric Rosenberg who wondered what might happen if that same level of authentic inquiry were carried forward and allowed to become part of the dynamic of every classroom–even as young people become more wrapped up in their role as students. We are brought back to that central core that tends to become increasingly hidden as the indicators of success and the goals of school are intertwined and, quite often, confused. For Rosenberg, authentic learning occurs in places far removed from the schoolhouse chiefly because that learning is self-directed and personally relevant.  For classrooms to remain important in the learning lives of our young people, we need to refocus our attention on the power of the intrinsic interests and motivations of student.

Canadian Teacher Federation researcher, Bernie Froese-Germain challenges the idea that innovation is dependent on technology. While technology could act as a resource in the process of educational change it is not, in itself, the real innovation. In fact, without appropriate, ongoing support for educators, technology will continue to have very little effect at the classroom level. Froise-Germain is insistent that an important part of innovation in education must be a focus on the learning relationship that is grounded in a connection between curriculum and pedagogy.

For design thinker and social entrepreneur, Jennifer Chan, innovation is more than just a noun; it’s the vital energy that is activated as creative ideas are permitted to have a life in our schools and classrooms. Rooted in experimentation and creative play and the confidence that emerges from a healthy appreciation of failure and making mistakes, innovation is about pushing the edges and creating different learning spaces in the process.

District superintendent, Tom D’Amico, reflects on the powerful systemic shift that can occur when technology is used to embrace that central learning-teaching dynamic, and not the other way around. Echoing Michael Fullan’s call for pedagogy as a key driver in the change process, D’Amico has painted a picture where the traditional assumptions about the role of technology in the classroom are challenged and, in a strong sense, flipped. Changes in titles, roles, architecture and even the way that we are permitted to re-imagine traditional spaces have all started to contribute to district-wide change.

Finally, Bryan Jackson reflects out loud on his own journey as a teacher who has been deeply moved by what can happen when both educator and student are engaged in creating communities grounded in trust and empathy and gathered around a common purpose. For Jackson, what started as an assignment to offer a guitar class turned into something much more, and that something allowed students to begin to see themselves as the inventors of a learning space that extended well beyond what the course was originally intended to do and be. The resulting story is, at once, inspired and inspirational! 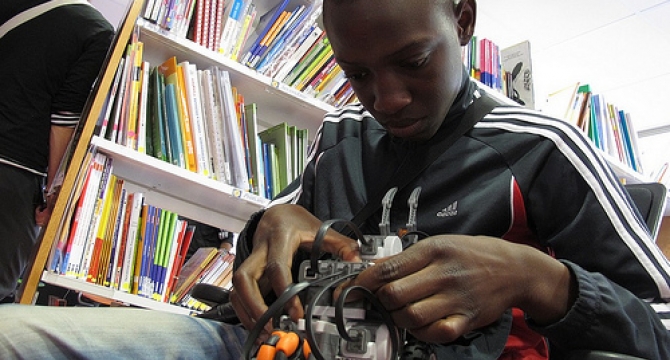 The 21st century has presented us with new landscapes for both teaching and learning, and in the process, redefined horizons have come into view. But as the makers of guitar strings know, the quality of the music produced by a single string is dependent on the attention paid to that central core material. And despite the fact that we seem to want to wrap more and more around our schools and classrooms, there is a recognition in our recent blog entries that we need to keep returning to that central relationship between learner, teacher and curriculum. We stand the chance of seeing it in its purest form in those earliest years of schooling, but it is a relationship that never diminishes in its importance and its power. For our authors, this relationship is the primary site for innovation!

The CEA Focus on Innovation Series is going to take a couple of weeks off for the holidays, but will return in early January with some final entries. Thanks to all who have contributed to this point; the insights and perspectives have both intrigued and inspired.