Home / Edwire / The Corporate Mentality: Why the CCCE Will Probably Never Understand Why I Teach.
Previous Article|Next Article

On January 23rd, the Canadian Council of Chief Executives (CCCE), spurred into action by recent PISA results, released a report on how teachers should be paid. The author,  Sachin Maharaj, held to a fairly basic premise. Students do well when taught by effective teachers, but all teachers receive pay raises in the same manner.

On January 23rd, the Canadian Council of Chief Executives (CCCE), spurred into action by recent PISA results, released a report on how teachers should be paid. The author,  Sachin Maharaj, held to a fairly basic premise. Students do well when taught by effective teachers, but all teachers receive pay raises in the same manner. Thus, perhaps we should look at not paying all teachers the same way, but rather pay more effective teachers more money, and  less effective teachers, less. Salary, he argues should not be tied solely to experience. This would appropriately reward effective educators and motivate the rest of us to get better.

Now, as a teacher near the top of the pay scale here in Nova Scotia, there is a certain sector of society that would probably argue that anything I write against this idea would be tainted by my position. Of course I am going to say this is a bad idea, I am one of those fat cat, lay around teachers who is anti change. But I don’t disagree with Mr. Maharaj because of how much I get paid, but rather I disagree with him because, well, he is wrong. 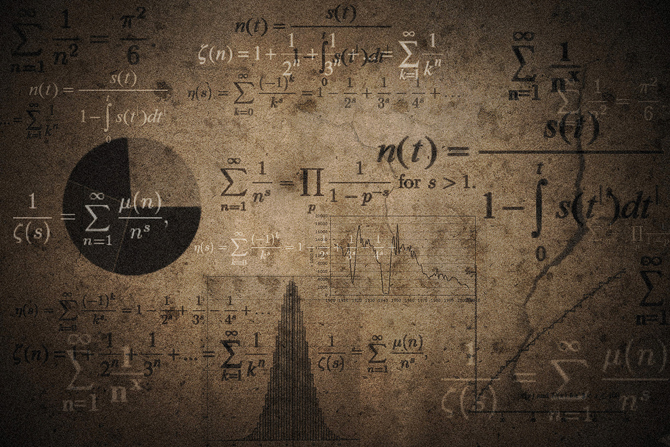 Photo by Tom Brown / CC BY

The fundamental premise that he is operating on is that tying teacher’s salaries to student performance will some how increase the motivation of the classroom teacher to be “better” at their job. The idea that money creates motivation in employees to do great things is an idea on which corporations are built. It is not surprising that when writing for an organization like the CCCE, this would be the “common sense” solution to what is “wrong” with the public education system. However, the idea that monetary, performance based rewards improve worker production has actually been shown to have the opposite effect. When doing repetitive, low thinking tasks like assembling products or picking fruit, then yes, tying money to productivity works. However, when you tie money to achievement of higher order, complex tasks, then things like productivity and creative problem solving actually decrease.

So, in short, if you tie salaries to student achievement, teachers are likely to be less effective, less creative, and generally not as good at their job.( An author by the name of Daniel Pink explored this in his book “Drive” a few years ago. For a brief synopsis of his ideas, check out this brief video.)

There are other issues with Maharaj’s paper.  For example, he cites evidence that teacher “effectiveness”  increases for the first few career years  then tends to level off.  He uses this argument to claim that older teachers are not necessarily better teachers, and that experience should not be considered as an element in remuneration. He then writes an entire section where he complains  “…newer, less experienced teachers are frequently assigned to teach the most challenging students, who are often found in lower academic streams. Conversely, teachers with more experience are assigned classes in higher academic streams that attract higher achieving students…while this arrangement may please senior teachers, it is not in the best interest of students. Indeed, this type of teacher allocation has been shown to worsen student achievement gaps.”

Well, if teacher experience is not a factor, then what, exactly is the issue? According to his own logic, these “newer, less experienced” folks should do just fine.

He talks in his paper about how the current system of teacher evaluation is flawed because it is, in his view, artificial. Teachers are made aware of Principal’s visits, and so they are prepared to offer exemplary lessons that are shining examples of their best efforts but not indicative of their classroom practice. Then he suggests that hiring practices should move away from an experienced based model to, perhaps, teachers submitting videos of their teaching to be considered for jobs. Well, unless these videos are shot surreptitiously from a kid’s cell phone, I’m not sure how a well prepared lesson shot on video is any different than a well prepared lesson done in front of a Principal.

Except, of course, that the Principal evaluation is live and on the floor when little Johnny can make the whole thing go sideways at any moment.

Finally, at one point in his report he writes “… public satisfaction with Canada’s public school system tends to be low. A recent poll by Ipsos Reid (2012) found that 60 per cent of Canadians would give the public education system a grade of C or lower.” However, in a Toronto Star Op-Ed piece from March of 2013 he wrote “According to a recent Ontario Survey…about 70 percent of the public and 76 percent of parents are satisfied with the job teachers are doing. This is the highest level of satisfaction that has been recorded since researchers began asking the question in 1998”.

Methinks Mr. Maharaj should make up his mind.

I could go on, but you get the point. The idea is groundless and ridiculous. The real issue I have, however, is not Mr. Maharaj. It is the CCCE itself. I mean , here is an organization that, according to it’s own website, is made up of about 150 of the top CEO’s in Canada, who’s corporations account for $850 billion a year in revenue and who control $4.5 trillion in assets.

And they are worried about how I’m getting paid?

Their issue is, of course, one of economics. It’s no secret that the largest chunk of any school board’s budget goes to salaries. So, once again from a business perspective, it makes sense to talk about “human capital” and to look at “value added” by teachers. If the majority of money is going to salaries, then it is fair to ask, if one follows the business model, how much value are they getting for their dollar.

Well, we know that the business model and the public education model are really Mars and Venus. Teachers do not compete against each other, we work collaboratively. We don’t want to be the best in our building, we want everyone in our building to be their best. Teachers do not teach for the money, we do it because we love what we do. And, finally, identifying a set of criteria that sets out what a “quality” teacher looks like has proven impossible. A teacher can check all the boxes off a list of what makes a “high quality” teacher and still be ineffective. Conversely, there are those in the profession for whom the checklist is buried somewhere on their desk under a pile of mittens and the hamster cage, and they still get tremendous results.

So, if the way teachers get paid will not improve public education in this country, then what advice would I give to the CCCE? Because the more I think about those numbers, $850 billion and $4.5 trillion, the more I realized that the CCCE can easily afford to help. They talk on their website about how important the public education system is to Canada and its ability to compete in what they refer to as “The Pacific Century”.  Well, if they actually want to do that, I have some suggestions.

First, let’s start by funding schools. Economically speaking, if school boards have bigger budgets, then the percentage spent on wages will decrease. The CCCE could help with that. How about using some of its billions of dollars to provide for field trips for students? The CCCE could pay for buses, substitutes and entry fees for kids for any number of activities. How about funding sports teams? Computer labs? Auditoriums? Theatres?

The list of where I could spend $4.5 trillion is pretty long. And I know that any one of those initiatives would have a markedly larger effect on kids than how their teacher gets paid.

If the CCCE is actually concerned about falling PISA scores from 2010 to 2012,  they might think about the massive assault on the teaching profession that occurred in this country over that same time frame, and consider the role that organizations like the CCCE played in that assault. It is remotely possible that having many of this country’s teachers fighting for their jobs and defending their basic bargaining rights may have pulled some small measure of focus away from a bi-annual international assessment that does nothing for the kids and pits school against school.

The CCCE could indeed help public education in this country. But they are going to need to wrap their heads around a few simple ideas that seem to elude this group of obscenely wealthy philanthropists.

Schools are not businesses. Teachers are not wired with a corporate mentality. And our students are not products.

Accept that, and maybe we can talk.

The Coffee House, Liquid Networks and The Challenge to Change