Home / Edwire / Google Apps for Education: The promise and peril of tech in the classroom.
Previous Article|Next Article

This past Sunday started out to be a fairly unremarkable one for our household. I got up early to do some writing, my wife had her coffee on our upstairs patio, my daughter lolled in her room reading a book. As is our usual Sunday tradition, breakfast was a fairly haphazard and lazy affair, and all too soon the pressure of Monday morning began to assert itself as we all made ready to tackle that ever-present list of weekend chores that had been put off until the last possible moment.

This past Sunday started out to be a fairly unremarkable one for our household. I got up early to do some writing, my wife had her coffee on our upstairs patio, my daughter lolled in her room reading a book. As is our usual Sunday tradition, breakfast was a fairly haphazard and lazy affair, and all too soon the pressure of Monday morning began to assert itself as we all made ready to tackle that ever-present list of weekend chores that had been put off until the last possible moment.

Yes, all was fairly simple and benign in our world, and Sunday was looking good. Right up until the point where I happened to glance at my cell phone to check the time.

You see, my smart phone has, as many do, a series of small icons that appear in the upper left hand corner of the screen, alerting me to any number of happenings in my world. Often, I can see if there has been a tweet of interest or perhaps if a text message has arrived, but on this particular Sunday morning, I saw an icon on my screen that I did not recognize. With my curiosity getting the better of me, I clicked on it. Moments later, I was reading a private note to me from one of my students that had been sent to me via Google Classroom. It read “How long do the answers have to be?”

And with that click, I realized that my educational world has changed yet again.

A little while back, the Nova Scotia Department of Education and Early Childhood Development decided that they would get on the mother of all bandwagons. They announced, rather quietly, I felt, that they would be signing on for Google’s “Apps for Education” program, or GAFE, for short. After piloting the program in a number of schools last year, the DoEECD  made GAFE available to every single child and teacher in the Province.

And I’m here to tell you, it’s a game changer. 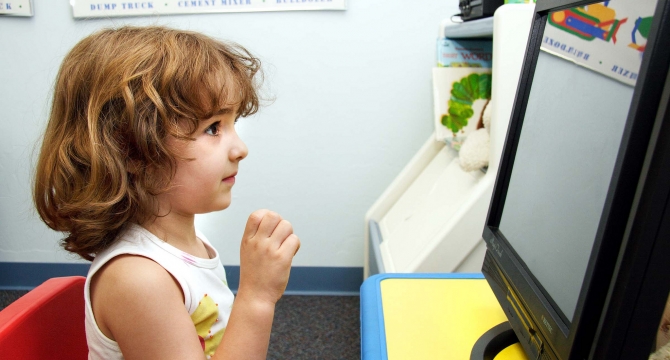 The service provides every user with their own g-mail account, as well as several particularly useful applications, including Google Docs, a slick word processing program, Google Sheets, which does most everything that Excel ever did, and Google Slides, which is basically Powerpoint on steroids. Users also have access to Google Classroom, where, with a click of mouse and a one time code entry, they can sign up for a class and receive notifications about upcoming events, class assignments and, apparently, ask homework questions to their teacher via his cell phone at 11:30 on Sunday morning.

Now, having homework and assignments posted online is nothing new, but this is only a taste of what the service can provide, and I have to say that I am tremendously excited about the potential. Kids can collaborate on documents at the same time from home in real-time. Changes that are made in the document are automatically saved in a cloud storage system (No more “I lost my homework!”). They can video link with each other to discuss projects. They can do research, preview websites and cite their sources all from within a document. I am so smitten, in fact, that I shelled out about 500 bucks this summer to attend a GAFE summit in Rothesay, New Brunswick to up my understanding of the system, and I am about halfway through my credentialing to become a Google certified teacher.

However, as much as I am excited by the potential that the system has for changing education, I as equally concerned. I find myself wondering if we haven’t put the cart before the horse on this one. You see, the GAFE system works great, as long as you have an internet connection.

And that’s where the rubber hits the road.

In schools across the country, it is becoming increasingly essential for students to have access to the internet in order to be successful. Homework, projects, even information and advice from teachers is available on-line, if one only has the means to access it. Nova Scotia students are not the first to embrace the GAFE; training summits have been held or are scheduled to be held in Ontario, Alberta, Quebec and BC. But as access and utilization of this on-line system grows, we must remember that an expectation of access is putting many of our most vulnerable students in an even more precarious situation.

In Nova Scotia, as in many areas of the country, a certain percentage of our school children come from families where, quite simply,  it is a struggle to make ends meet. According to a 2014 report from the Canadian Centre for Policy Alternatives, 1 out of every 5 children living in our Province in 2012 was living below the poverty line. Another report from a group called Citizens for Public Justice claimed that 17.4% of Nova Scotians live in poverty, which is one of the highest rates in the country.

Put into context, that means that in an average Nova Scotia class of 30 high school kids, 6 of them are coming from homes where paying for groceries is a challenge.

Where you live in the country  is not the only factor affecting your odds of coming from a financially struggling home. Variables such as cultural background, immigration status and education all impact the numbers, as does family make up. For example, according to Statistics Canada, a child from a single parent home is three times as likely to be living in poverty as their  dual parent classmates. So it is not surprising that although 83% of Canadians had internet in their homes in 2012, only  58% of  households who made less than $30,000 could say the same. In stark contrast to that, 98% of households that pulled in $94,000 or more were wired into the net.

This gap between the rich and poor is further expanded when one considers that, according to a 2013 study by the OECD, Canada has some of the highest prices in the world for internet plans.

And therein lies the issue. When I ask my students to access GAFE for homework assignments, I may be disadvantaging the 6 kids in my class who are living below the poverty line, and the 3 or 4 others who are living just above it. We all want our students to have access to these powerful learning tools, and certainly many teachers wish to integrate technology in a positive and meaningful way into their classrooms. But as the great equalizer, public education must realize that for many of our kids, asking them to get on-line at home or even at school via their own devices is an impossible request.

So what is to be done?

It may indeed be time for our leaders, both provincially and nationally, to look at ensuring affordable, if not free, access for all.

We live in a tremendously exciting educational time. Never in the history of mankind has so much information been so readily available to so many people. However, in our rush to embrace technology, we may want to take a moment’s pause.

I may not be particularly excited about the prospect of students interrupting my Sunday morning breakfast with questions about their homework, but I hope we take steps collectively to make sure that we open that opportunity to everyone.

Otherwise, my Sunday morning routine will only ever be interrupted by questions from the rich kids.

Teaching and Learning in a “Post-truth” World