A swan song, it has been said, often resonates with the most bittersweet of notes.

This year marks one such moment in what has been a remarkable journey for Jennifer Corriero and Michael Furdyk. You may not have heard of either of these individuals, unless of course you are one of the thousands of young people all across Canada who have benefitted from their #RisingYouth Community Service Grants over the past five years.

The story of #RisingYouth actually begins back when Corriero was a high school student in Ontario. Students in that province are required to complete 40 hours of volunteer community service in order to receive their graduation diploma. When it came to her own pursuit of those hours, Corriero admits that she found the task daunting. “Finding placements,” she says, “was a challenge, for sure.”

This experience not only ignited a life-long passion for community service in Corriero, but also sparked an idea. She realized quickly that although the need for volunteers in the not-for-profit community was great, the capacity of that community to engage and utilize young people was often limited. She also realized that, as a young person, she had a great deal to offer in the way of energy, ideas and creativity. What was needed was a way to leverage all that potential into action.

That’s when she had her epiphany.

Instead of having youth rely on volunteer opportunities that currently existed in their communities, what if young people could be empowered to develop their own, self-directed community service projects?

With that vision in mind, and the help of friend and co-founder Michael Furdyk, Corriero established TakingITGlobal in 1999.

The idea was remarkably ambitious: to create a not-for-profit that would see “youth around the world engaged and connected in shaping a more inclusive, peaceful and sustainable world.” Over the following two decades of work, Corriero and Furdyk pursued this ideal, focusing on four pillars of engagement: Youth Development, Youth Action, Societal Movement and Societal Values.

As a way to enhance that vision, TakingITGlobal launched the #RisingYouth project in 2017. The program worked on a relatively straightforward premise. Young people with an idea applied for a microgrant ranging from $250 all the way to $1500 to fund a community service initiative.

For both Corriero and Furdyk, it was vitally important that the application process for these grants be as simple and accessible as possible. They had concluded that a major roadblock young people often encountered when looking to fund innovative projects was an unnecessarily complex application process. Stringent timelines, intricate application forms, and caveats around things like professional certifications could stand in the way of creativity. TakingITGlobal wanted to sweep those barriers aside.

This was more than simply an attempt to make funding accessible, but rather part of a much broader effort by the organization to decolonize their processes. In a recent article in The Walrus, Corriero explained what decolonization means in this context. “Part of it means your timelines, part of it means the reporting requirements, part of it means, ‘Oh, you can’t read this? Okay, we’re going to have someone you can talk to…’ It’s not just having answers to those questions, it’s digging into those questions. It’s sitting with the uncomfortable possibility that you’re not accessible.”

That this innovative approach has been successful is fully evidenced in the August, 2022 impact summary report that was recently released by the organization. There, stories abound of young people engaging their communities in everything from “Cultural Connection and Celebration” events to “Health and Wellbeing Support” initiatives to events focused on food security issues. The list of creative and imaginative ways young people found to engage with their communities is impressive, but far from exhaustive. The #RisingYouth homepage also contains a long list of success stories. 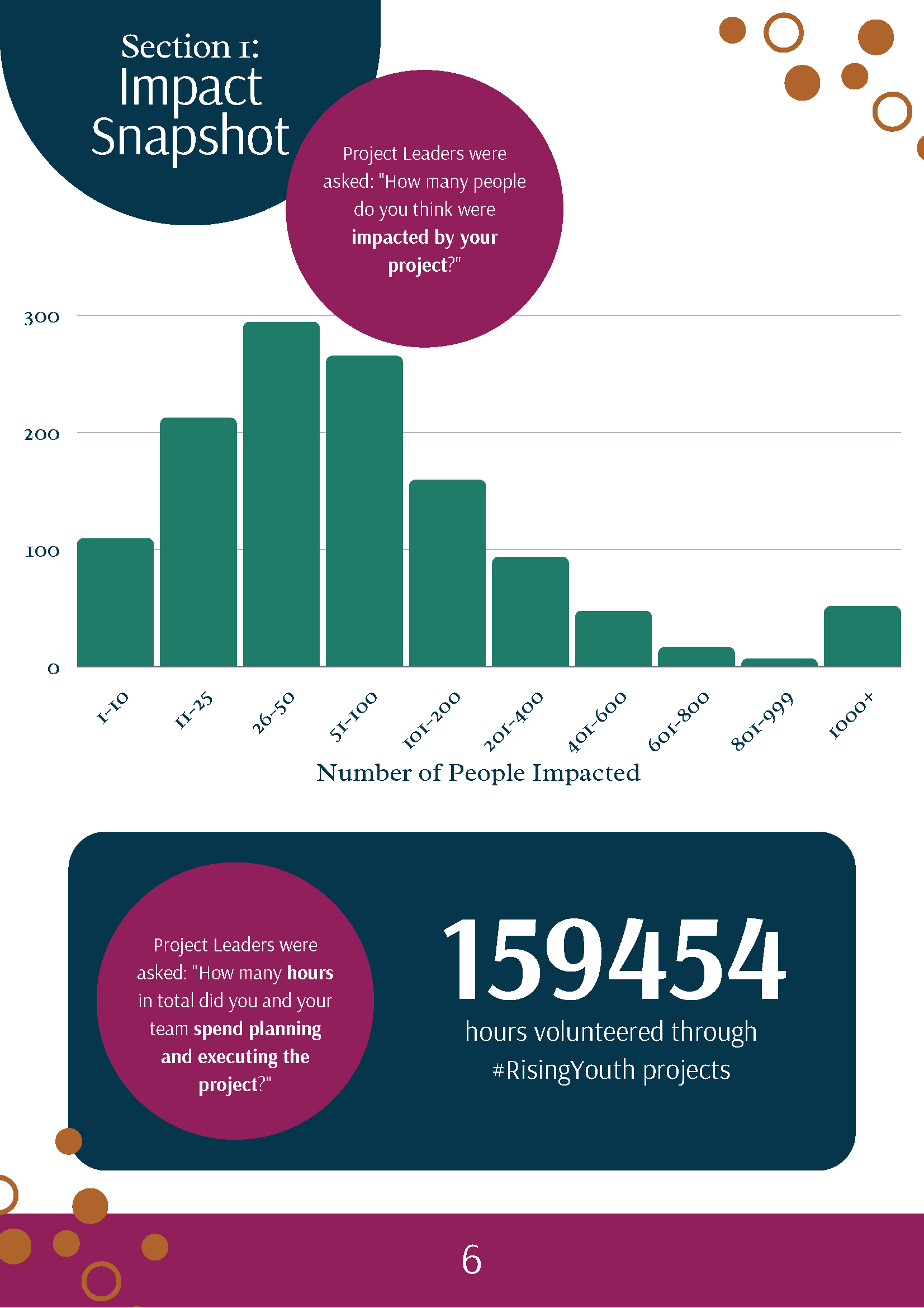 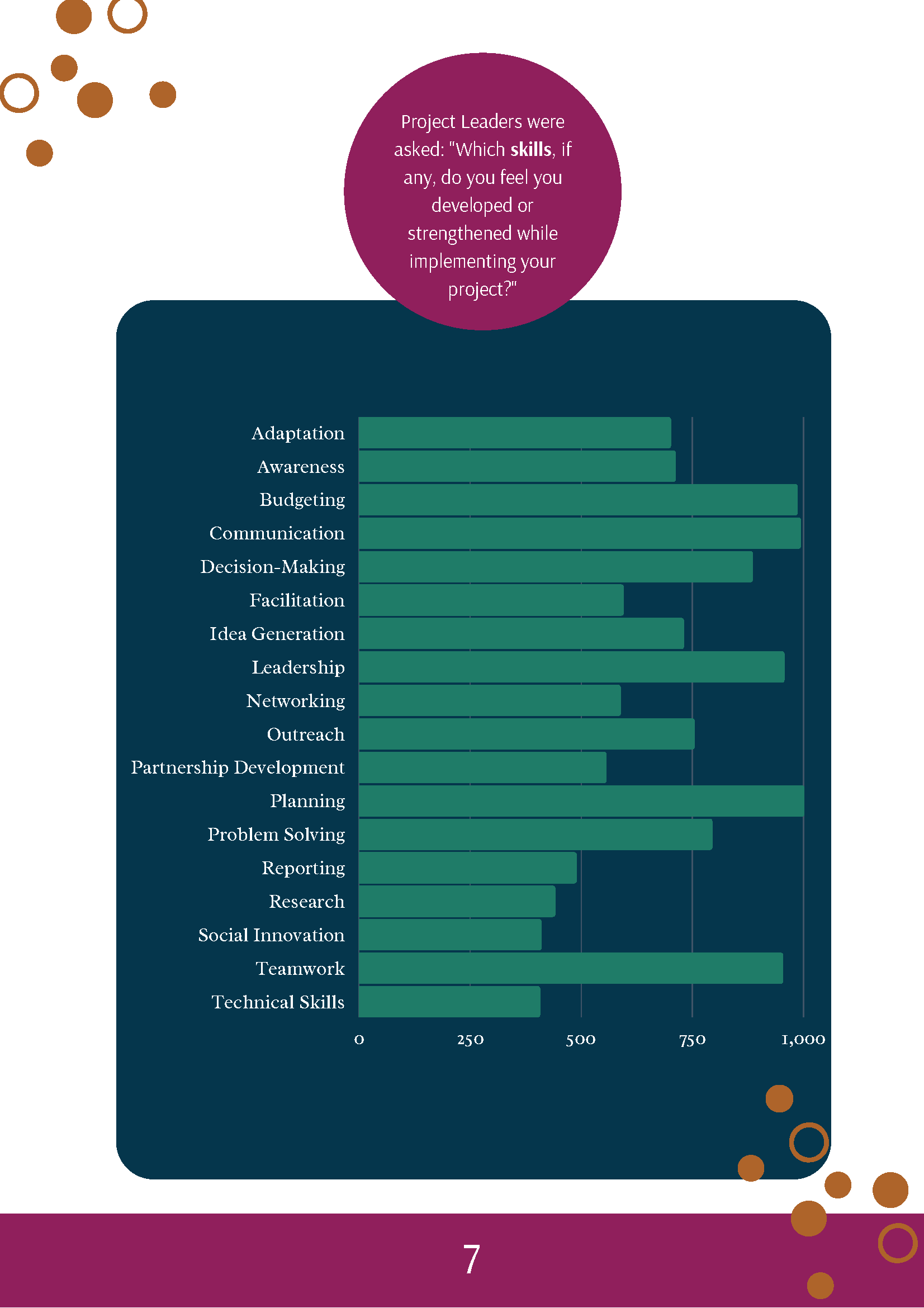 Although certainly thrilled with these indicators of success, it is in the enthusiasm for community service demonstrated by young participants where Corriero finds true fulfillment. As someone who was drawn to the field as an adult through her experiences as a teenager, she has seen a similar passion ignited in other young people by the program. There are many examples, she says, of young people continuing to serve their communities after their initial projects conclude, inspired by their own successes with #RisingYouth.

Somewhat sadly, the #RisingYouth Community Service Grants program is wrapping up this year, due in part to policy changes by some key funding agencies involved in the initiative. However, Corriero insists this should in no way detract from the success the program has enjoyed, nor its potential to be replicated in the future.

“Imagine,” Corriero asks, “if this program were to be replicated on a local level? What if municipal governments set up similar programs based on the #RisingYouth model? What if provincial governments funded schools to allow this type of model to be used as part of a co-operative education program? Imagine the potential if we could use the model of microgrants in schools to enhance life for the school’s community?”

The possibilities do, indeed, seem endless.

As the sun sets on the #RisingYouth project, TakingITGlobal is actively looking for new ways to expand what is possible through the use of microgrants, and remains committed to its mission of empowering youth to act for change. Looking back on her almost 25 years of engaging young people, Corriero has a very clear sense of why it is important to continue this work.

“When you realize the power of your voice when you are young, you don’t only see the strength of your own voice, but you see the impact of empowering other people to engage. This doesn’t leave you as you get older, but is actually reinforced. But if youth don’t see this when they are young, how can they be compelled to drive change?”

How indeed? And as indicators of youth engagement such as voting rates remain alarmingly low in this country, the impetus for empowering our young people to engage in positive community-based activism has never been greater.

If our young people can see their innovative ideas for improving their communities succeed, they are undoubtedly much more likely to pursue ideas that improve our nation, and maybe, just maybe, improve our planet as a whole.

That is one particular return on investment which seems, in the grand scheme of things at least, well worth the pursuit.

Grant Frost is an author and educational commentator who has been working in public education for over 25 years. More of his commentary can be found at: www.frostededucation.com.