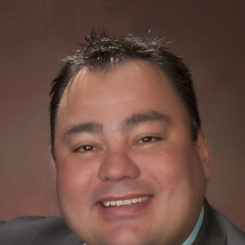 Darren McKee is originally from O-Chi-Cha-Ko-Sipi First Nation in the Interlake region of Manitoba, but completed his formal schooling in Saskatchewan. Darren has a B.Ed. (with Distinction) and M.Ed. from the University of Saskatchewan and has been a classroom teacher, in-school administrator, Superintendent and Director of Education.

Darren served for a number of years with the Saskatchewan Ministry of Education as a Superintendent, Director, Executive Director and Assistant Deputy Minister. In 2011, he became the Executive Director of the Saskatchewan School Boards Association. Darren has presented at a number of national and international conferences on leadership and Aboriginal education and currently sits on a number of national boards including C-21 Canada; Canadian Education Association (Council Member); and, the National Selection Committee with INAC. He also sits on the board of the United Way Regina.

An Opportunity to Redefine

The greatest opportunity for advancing equity lies in leadership