Students learn to love where they live by exploring their history, traditions and culture 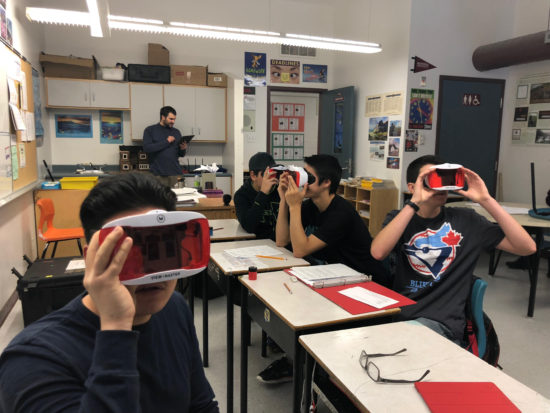 With a 360-degree camera and smartphones, students created a Google Expeditions virtual tour of Hopedale, Labrador, to welcome the world into their village. This project engaged all students, challenging them to think critically and work as a team to choose the most important scenes, topics, and information to include and to present them in a way that is both appealing and educational for their audience. This year, the students will create another Google Expedition to highlight important aspects of their Inuit culture such as snowshoe making, wood harvesting, trapping, and ice fishing.

Amos Comenius Memorial School in Hopedale, Labrador, is one of five Indigenous schools on the North Coast of Labrador. It is a Kindergarten to Grade 12 school with 145 students, mostly of Inuit descent. The students enjoy learning through hands-on activities and are passionate about topics centred around their culture.

The school itself is known as an early adopter of new techniques to promote student learning and success. It was one of the first schools in the province to introduce Smartboards and iPads into classrooms, and to convert their library into a Learning Commons that incorporates technology and flexible seating to promote student learning and collaboration.

ORIGIN OF THE PROJECT 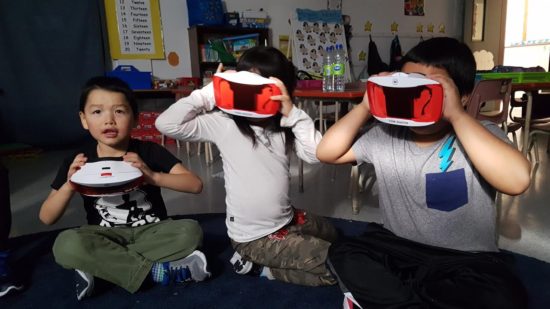 In Spring of 2018, specialists at the Newfoundland and Labrador English School District contacted the school to see if they would be interested in piloting a Google Expeditions project. The response was an enthusiastic “yes” and Mr. Oliver and his Labrador Inuit Society and Culture class was chosen to try out the new technology with his students. The school was given a classroom VR (virtual reality) set for ten students and loaned a 360-degree camera so they could make their own Google Expedition. After a training session, the students and Mr. Oliver were ready to start.

There are two components to this program.

The value and “Deep Learning” potential of the project was apparent from the start. The students were challenged to choose the most important scenes, landmarks, topics and information to include in their expedition, and to present them in a way that was both appealing and informative. They had to write and present their descriptions concisely and effectively. Many active and constructive conversations and interactions took place over the course of the project, and it was a true example of effective project-based learning and teamwork.

As soon as the students put on the VR headsets, they were engaged, which led to enriched learning. Creating their own Google Expedition deepened that learning. All students fully participated in the project and were able to demonstrate their knowledge, skills and understanding in a fun and interactive way. This approach was clearly more successful in engaging students than traditional essay or poster assignments. 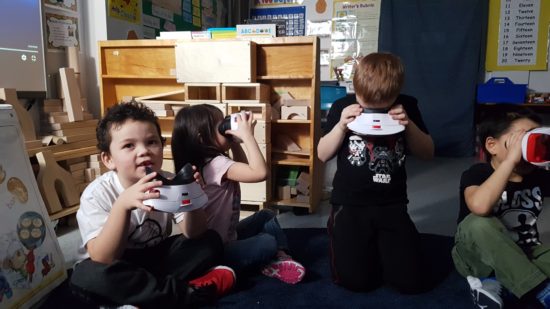 In 2018-19, the students will create another Google Expedition highlighting important parts of Inuit culture: snowshoe making, wood harvesting, trapping and ice fishing. Once again they will have a rich opportunity to apply their learning and skills and to proudly promote their Inuit culture.

In October 2018, Mr. Oliver gave a training session with the school staff so they, too, can take their students on Google Expeditions. He also travelled to St. John’s, NL, in December to conduct a training session with teachers across the province on learning through Google Expeditions and creating their own. Learning through virtual reality is being introduced to the rest of the province.

Based on the success of this pilot, all five Indigenous schools on Labrador’s North Coast will be receiving a 360-degree camera and classroom VR set for ten students, to allow them to participate in this engaging and valuable learning.

A Virtual Education: Artificial intelligence and virtual reality are changing the way we learn

Reconciliation and Education: Where are we at in Nunavik?