Fifty years ago – even twenty years ago – it was not so abundantly clear that the Earth and its resources were finite and that the biosphere and the ethnosphere[1] were both richly interconnected systems.  Now this reality is undeniable and the implications are legion in every aspect of our existence. 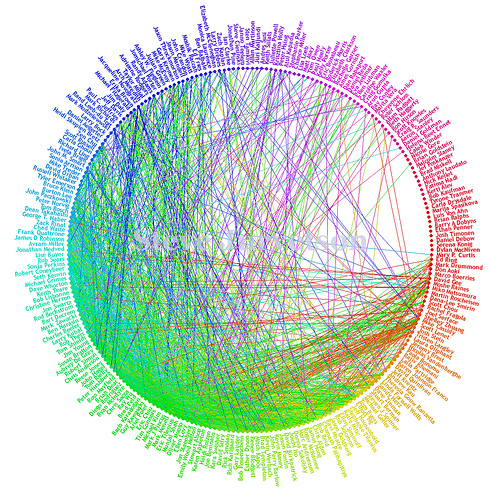 Fifty years ago – even twenty years ago – it was not so abundantly clear that the Earth and its resources were finite and that the biosphere and the ethnosphere[1] were both richly interconnected systems.  Now this reality is undeniable and the implications are legion in every aspect of our existence.

In Education, one of the implications is that students must be prepared not as rugged individualists who compete with others but rather as responsible global citizens who co-exist and collaborate with others. Traditional notions of competence are based on individual capabilities but increasingly competence involves performance in groups and performance of groups.  Moreover, the competence students require is much greater than the academic skills focus of the past (the 3 Rs) and incorporates new personal skills and dispositions (the 4Cs or 7 Cs or some such construct), which has been termed 21st Century Learning.

In operational terms, intelligence is the ability acquire and use understandings and skills in order to achieve desired ends, and this ability is most commonly and importantly enacted in a social setting.  Very little of significance is achieved by individuals alone.  Did Steve Jobs really create the iPhone?  Well, not by himself he didn’t.  Even Nobel prize winners build on the work of others and work with teams of colleagues.  The lone genius inventor is a myth, and any counter-example to this truth would still have to work with others to turn a brilliant idea into a functioning reality in the world at large.

More fundamentally, our underlying conception of knowledge has to expand beyond a single brain and incorporate all the distributed sources of information and information processing that we use continuously.  As individuals we are increasingly embedded in, and integrated with, technologies that are extensions of the self and our competence depends upon our ability to utilize those technologies.

When information can be retrieved instantaneously it becomes less important to carry it in memory, but more important to know how to get it when you need it and then how to evaluate its quality.

Asking good questions becomes more important than having a personal store of answers.  When calculation is done much better and faster by a gadget that is always at hand, it becomes less important to master arithmetic skills, but more important to estimate so that errors arising from input typos are not blindly believed.

Defining a problem and expressing it mathematically becomes more important than solving equations.  And then there is the spell checking issue …  Well, you get the idea.

Educators have begun to adapt to these new realities but much more will be required.  Open book tests don’t seem as avant garde as they used to, but using a connected iPad during a test still seems questionable to the many who wonder how we can determine what the student knows personally as distinct from what the computer did for him or her.  But is this really important?  Yes, I suppose we have to prepare students in case of power failure or shipwreck on a desert island, but, really, who works without a computer these days – let alone 10 years from now when a middle school student may actually be in the work force.

Surely the day is not far away when we give students unlimited access to information and information processing tools during evaluations.  But what about connection to peers, and to experts?  Can they email or tweet for advice?

That would be cheating I suppose, but on the other hand isn’t this the environment in which they will actually live?  Isn’t the ability to know where to get help part of intelligent behaviour, part of the modern competence we hope to inculcate?  If such a real-world context invalidates our evaluation procedures perhaps that tells us that we aren’t evaluating very well, or perhaps we are evaluating the wrong things.

So many questions, but one thing is clear.  We are not in Kansas any more, and wherever we are now our students are going to be somewhere very different when they leave us.

In that world rugged individualists will not only not be part of the solution they will be an anachronism that is part of the problem, so we need to ask hard questions about why we do everything that we have traditionally done in schools.  The implications of the emerging reality of distributed intelligence is one important aspect of that inquiry.

[1] Ethnosphere is a term coined by Wade Davis to describe the web of understandings and languages formed by diverse cultures around the world.  See http://compellingcarl.hubpages.com/hub/The-Ethnosphere-Degradation-Wade-Davis.