Canada is internationally known as a bilingual country. Twelve years ago, when I moved here from Brazil to complete my graduate studies, I thought that most Canadians would speak both English and French, but I quickly realized that that was not the case. I lived in Toronto, Ont., and when I met people who had grown up there, they mainly considered themselves Anglophones, even if they spoke some French. Others who had immigrated to Canada were plurilingual: they spoke two, three, or four languages at different levels of proficiency. Despite having Portuguese, Spanish, English, and Italian in my repertoire, I have never been considered bilingual in Canada because I do not speak French perfectly yet. The popular discourse of being bilingual here places value on the two official languages only, and even if you speak both languages, you need to sound like a native speaker or you will have your bilingual identity stripped away from you. This issue causes language insecurity and anxiety and demotivates people to learn languages. It is time to rethink what bilingualism means, recognize that Canada is a multilingual country, and focus on innovating language education.

Canada is no longer a bilingual country. It is multilingual. In fact, it has been multilingual since pre-colonial times. In addition to the two official languages, 60 Indigenous languages and more than 140 immigrant languages are woven into the Canadian landscape. Recently, in a span of only five years, Canada witnessed a 13.3 percent increase in the number of people speaking an immigrant language, and nearly 20 percent of Canadian residents speak more than one language at home (Statistics Canada, 2016). With recent announcements that the federal government plans to welcome more than 1.2 million immigrants by the end of 2023, this multilingual reality will continue to grow (Harris, 2020). In fact, multilingualism is a global phenomenon and is now in the spotlight because of recent trends in mobility, travel, internationalization of education, language revitalization efforts (UNESCO, 2019), and online work demands during the COVID-19 pandemic. All of these factors contribute to people using different languages at home, online, and in their various communities.

The youth in Canada are accustomed to linguistic and cultural diversity, at least outside of the classroom: they can read a book in English, listen to K-pop, mix languages while interacting with others in online role-playing games, and listen to their grandparents speak in their heritage languages. They may not have high proficiency levels in these languages, but they are certainly exposed to them. Multilingualism is on the rise, in Canada and elsewhere, and so we must innovate how we teach languages and how teachers view their students. Indeed, preparing the youth to learn only the two official languages of Canada is not enough. Canada needs to go beyond English/French bilingualism and move toward equipping youth to have plurilingual and pluricultural competence; to encourage students not only to be tolerant of linguistic and cultural diversity, but to be active agents of social change, learn new languages, and be advocates for a world that is more linguistically and culturally inclusive. One of the United Nations’ sustainable development goals for a better future is to provide inclusive, equitable, and quality education for all and in language education, one way to accomplish this is to implement a plurilingual approach in the classroom.

What is a plurilingual approach?

First, what is the difference between multilingualism and plurilingualism? A useful distinction is offered in a 2020 publication by the Council of Europe, which states that multilingualism is the coexistence of different languages in a society, while plurilingualism is the dynamic development of an individual’s linguistic repertoire. In Canada, we have more than 200 languages in our society (multilingualism), while individuals may have several languages in their repertoire (plurilingualism). For example, one person may speak English fluently, understand different Englishes (e.g. from Newfoundland and South Africa), speak some Cree and a little bit of Spanish, and may be currently developing basic French and its different varieties (e.g. French from France, Quebec, and Haiti). In education, a plurilingual approach will encourage the development of this repertoire along with the cultures related to these languages; languages and cultures have long been suggested to be inseparable (Galante, 2020), that is, when learning a language, we also learn about related cultures, traditions, behaviours, beliefs, and how language is used across cultures and contexts.

This approach may sound complicated, but it is not. In fact, some educators may already teach, at least implicitly, through a plurilingual approach, but they may not be exploring its maximum potential. They may still view their students as simply language learners (e.g. English language learner), or bilinguals, but not as plurilingual and pluricultural citizens. So, what can educators do to start? Here are three initial ideas: 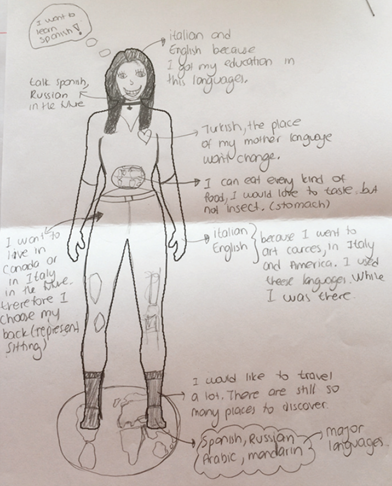 These three examples may already look familiar among some teachers, but others may find them radical. But why should teachers even attempt to use a plurilingual approach? In the first part of this article, I provided a rationale based on the increase of multilingualism in Canada and in the world. Below, I will provide some arguments based on recent research.

What does research say about plurilingual education?

The teachers also highlighted that they did not have to speak several languages themselves to use a plurilingual approach, and that even teachers who think of themselves as monolinguals (speaking one language only) can and should try to implement it in the classroom.

Given the current multilingual trends in Canada and recent calls for the provision of inclusive education to all students, innovative pedagogical approaches that prepare them to communicate across languages, cultures, and contexts are now needed. People will continue to communicate face-to-face and online, and being able to use their repertoire to understand how language use and culture may vary across contexts, be open to more language and cultural learning, and advocate for linguistic and cultural inclusiveness in schools and other spaces is paramount for an inclusive society. If we want to better prepare our students for current and future Canadian realities of multilingualism, change needs to happen soon. Canada has a unique opportunity to remain a leader in language education, but it needs to go beyond bilingualism and encourage Canadians to become plurilingual speakers. Supporting plurilingualism will not take away from the languages already existent in Canada; it will add openness to the English/French bilingual dichotomy and the popular discourse that the country is bilingual. Canada is much more than that.

Read other articles from this issue

Galante, A. (2019). “The moment I realized I am plurilingual”: Plurilingual tasks for creative representations in EAP at a Canadian university. Applied Linguistics Review, 11(4), 551–580.

Angelica Galante is Assistant Professor in Language Education at McGill University and Director of the Plurilingual Lab.