Home / Magazine / Summer 2017 / Is it Change that We Want or Is it Evolution?
Previous Article|Next Article

So, after celebrating its 125th anniversary, the Canadian Education Association (CEA) is launching its new EdCan Network brand. When I share our organization’s lengthy history in Canadian public education, people often say to me, “I guess it’s time for change!” When I consider my 41 years of working in public education, I guess that the same could be said for me! 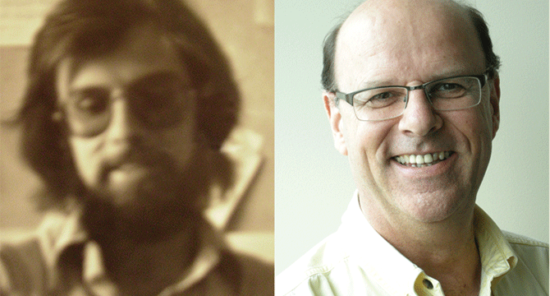 At the CEA, we’ve been actively supporting the courageous educators who are innovating in and out of schools, and we continue to present our research and perspective at provincial, national and international conferences. We’ve even dared ask: “What’s standing in the way of change in education?”, which so many people ask themselves, yet tend to shy away from speaking publicly about. At times, we have come under criticism for being too focused on systemic problems and giving too little attention to what works. My response is that we amplify what works, and we question what doesn’t.

I’m now into my seventh year as the CEO for this association – soon to become the EdCan Network. In that time, I’ve been blessed to meet such a wide range of creative and imaginative educators so firmly committed to supporting success in classrooms. Within this spectrum, I’ve interacted with three distinct groups:

1. those who believe that the current Canadian education context is perfectly fine, albeit in need of a few tweaks here and there

2. those who feel that the current system hinders innovation, change or any transformational process and propose entirely new definitions of teaching and learning

3. and finally, those who advocate for a hybrid system, mixing the best of the traditional approach with a healthy dose of innovation.

We need to determine:

These two definitions present remarkably different processes while working towards remarkably similar outcomes. What research has amply demonstrated is that people are usually resistant to change. The “unknown outcome” factor – the fear that the change will be for the worse rather than the better – is a strong deterrent. This “uncertainty” factor is a significant hurdle to overcome. Add in the increasing prevalence of initiative fatigue,1 and one can readily understand why change in education has – and will be – difficult to achieve.

This should lead us to developing strategies for evolution – a slower but more “natural” shift. It’s hard to predict where this evolution will lead us in the next few decades, but I will try: Schools will continue to exist, but will be much more integrated into community structures, and learning/teaching will be a truly shared partnership between knowledge provider and knowledge recipient. It will be interesting to observe the evolution of the definition of teacher and student.

I base my prediction on my first year of teaching in 1976. At that time, the movie 2001: A Space Odyssey was only eight years old, and we believed that a landing on Jupiter within the next 25 years was doable! When I look back on my 41 years in education, I can unequivocally say that I have truly seen evolution, but little significant change of note.

Which brings me back to the new EdCan Network. It’s not just a new logo. With this magazine, our fact sheets and events, we aim to create spaces for the challenging conversations that need to happen about how research can be better used to improve learning. A great example of evolution, with exciting potential and opportunities for all of us in our quest to ensure that our children’s quality of education is second to none.

1 The long-term negative physical and emotional effects that educators feel due to constant changes to classroom activities and expected outcomes. Such changes have been occurring over the past twenty years and have created a deepened sense of skepticism and hesitation among educators.

Ron Canuel is the former President and CEO of the Canadian Education Association. He has over 40 years of experience in the public education sector. As the former Director General of the Eastern Towns...

How Do You Show Up?

What’s STRONG with Us in Mental Health and Well-Being?

The Barriers that Stand in the Way of Change