Students revolt: “We want our balls back!” – Toronto Star

Students revolt: “We want our balls back!” – Toronto Star 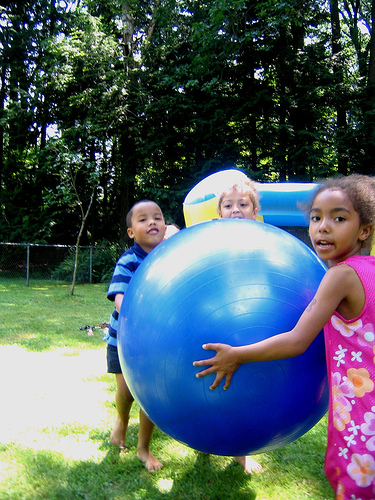 Kindergarten in Victoria suburbs takes to the woods – Globe and Mail

Selling higher education to those who aren’t buying – Ottawa Citizen
In Ontario today, there are more students than ever on college and university campuses, but too many people still don’t see post-secondary education as an option. Matthew Pearson reports

Shanghai educational triumphs a lesson in test-taking – Globe and Mail

How Children’s Play is Being Sneakily Redefined – Washington Post

Making a Case for Change in a Highly Successful System – Culture of Yes (Chris Kennedy)
Why make the case for change in a system with an outstanding track record of education outcomes? Because there are potential pitfalls and challenges ahead:

Discomfort in Play – The Principal of Change (George Couros)
Currently, I am working on my K-12 Online Keynote which has been a real stretch in my learning.  The title that I have (so far) is “Playing in Public”, and the basis of the idea is that we are seeing ashift of people learning and struggling (openly) online.

Now I have been struggling not only with the creation of the video, but also the idea of “play”, which is the theme of this conference.  The term “play” to me, has always been synonymous with fun.  But when I stepped back and thought about the times that I “played”, fun wasn’t always apparent but engagement was.  Playing basketball (which I loved) was often times frustrating, but part of that frustration was what put me in that state of “flow” that kept me always wanting to get better.   Thinking of video games, how many times have I actually thrown the controller down on the ground after losing, to only pick it back up, and jump right back in.  Play to me, is not always fun, but I am always interested and challenged in whatever it is that I am pursuing.  If it is too easy, you will lose interest. Read more…