‘My Children Are My Own, I Own Them’– The Tyee
That’s what an Ontario father is arguing in court against public school authorities. He goes too far. Here’s why. 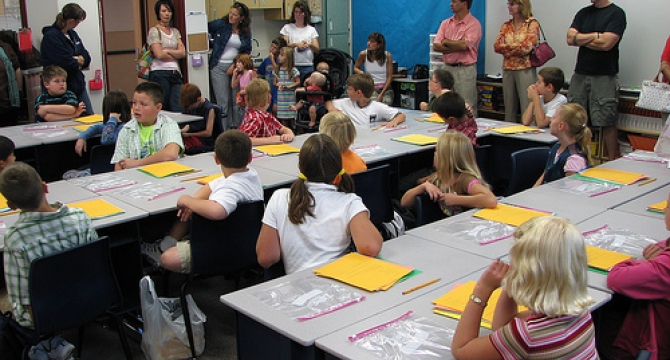 What’s going on at school: A primer on the teacher dispute – Toronto Star

Teacher pay: Canada near the top of the OECD class – Globe and Mail

Edmonton teacher who fought ‘no zero’ policy gets the boot – Postmedia

Why Kids Should Grade Teachers – The Atlantic

English immersion could be toast in Quebec – Vancouver Province

The $879,000 Reason to Stay in School– The Tyee
Dropping out concerns more than loved ones. This painful calcul ation shows your wallet suffers, too.

Step away from the computer – Globe and Mail

Welcome to My Class – The Tyee
This inner city public school teacher isn’t asking for charity. Her students need something else from us.

Increase the Achievement Gap – The Clever Sheep
The constant flood of articles and system goals that proport to ‘close the achievement gap’ has always left me a bit dismayed.  Is the ‘gap’ really a problem that should be addressed?

My take is that we should actually aspire to the goal of increasing the achievement gap.  We would be successful should our highest flyers manage to reach beyond the expectations of those who imagine and publish learning outcomes.  Of course, we should celebrate the wonders of our most amazing students, not at the expense of other learners, but while we continue to help all learners achieve to their fullest potential.  It’s just that those with the greatest of potential, are rarely challenged to race beyond what most of their peers are capable of.

But too often, it’s the gap that matters.  While ignoring or impeding the learning of our brightest students is one way to decrease the achievement gap, there is another ‘mathematical’ way to bridge the difference: Play the shell game….Read more

Time to Push Back – Public Education – Culture of Yes
I have a different take on private school K-12 education than some in the public system.  I like it.  I think private schools are good for the public education system; the competition for enrolment from private schools forces us to stay at the top of our game.  While some debate the funding they receive from government, their existence, and the choice they offer for parents in the community ensures public education is not just a default option. This choice is especially true in a community like West Vancouver, with many families who can afford a private school education and excellent private schools in the community. While we rattle off a lot of statistics over graduation rates, and post-secondary transition, one statistic I am most proud of is the decade-long trend we have seen in West Vancouver, with families increasingly selecting public school for their children.  We have outstanding teachers, and our schools continue to refine their programs to meet the needs of the community. …Read More

Can You Put a Label on Parent Engagement? – 4 Moms 1 Dream
We recently participated in a weekly discussion on the “Over-Engaged Parent”. A brief online description of the topic …“This week, we’ll discuss the strategies to work with those who over-control their children or those who, because of any number of perceptions, make unreasonable or unrealistic demands of their child and or their child’s education”…was referring to the Helicopter parents.  From the very first question which asked – “What does it mean to be too engaged in a child’s education? Is it possible? It very quickly became obvious that a number of participants believed that being a helicopter parent is the same thing as being an over-engaged parent.” …Read More