One of the comments that often appeared on my early school report cards, one that was then emphasized during parent-teacher interviews, had to do with my habit of getting lost in daydreams. Apparently, it was not uncommon for me to zone out during regularly scheduled classroom lessons, returning to “reality” only after being admonished by my teacher for not paying attention. 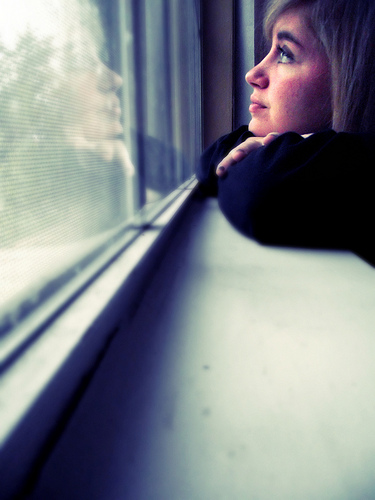 One of the comments that often appeared on my early school report cards, one that was then emphasized during parent-teacher interviews, had to do with my habit of getting lost in daydreams. Apparently, it was not uncommon for me to zone out during regularly scheduled classroom lessons, returning to “reality” only after being admonished by my teacher for not paying attention.

It’s not as if I ever went very far. I wasn’t dreaming of far-off lands, or exotic adventures. No, my daydreaming was always quite practical: a plan for a tree house in the woods, a rocket ship in the backyard, or a delivery system that would transport mail from the front door of our house to my “office” in the basement. These were all modest dreams, but I recall that they energized me, and held my attention for hours, sometimes even days.

A couple of times, I encountered a teacher who attempted to leverage my imaginative tendencies by allowing me to develop creative responses to assignments and projects but, for the most part, I was made to feel that this type of meandering was standing in the way of me realizing my fullest potential.

I’ve spent a great deal of time this summer thinking about imagination and its role in the lives of our children and the way that we think about what is valuable in our schools.

One of the sources of inspiration for me has been the work of Eric Liu and Scott Noppe-Brandon. Their recent book, Imagination First was the catalyst for a series of powerful and important Imagination Conversations that, after beginning in the U.S. two years ago, culminated in an Imagination Summit this past summer.

Liu and Scott Noppe-Brandon have become passionate advocates for the nurturing and support of imagination, not only in our schools, but also in our communities and in our world.

Imagination—the ability to conceive of what is not—is foundational stuff. According to Eric and Scott, when the ideas that emerge as the result of our imagining are applied, we call that creativity. And when those creative acts and expressions somehow push the form, we can talk about innovation.

Creativity? Innovation? These are certainly things that we value as educators, aren’t they? Well, if Liu and Noppe-Brandon are correct, then we may need to start paying more attention to our attitudes and our practices around imagination. If they are on the right track then, just maybe, the act of daydreaming may need to be given more respect and honour within our classrooms.

I began a new role today as Academic Consultant with a Focus on the Arts for my school district. On a local level, I see this as a perfect opportunity to begin some conversations around the importance of imagination, not only in and through the Arts, but right across our K-12 curriculum.

In a broader context, I would like to use this space over the next few weeks to connect with educators and those who think deeply about education around the place of imagination in today’s schools?

Is imagination valued in 21st century schools? What strategies are you encountering to nurture imagination in the lives of your students? Your teachers? Are we creating enough space in our schools for imagination to take root and grow?

These are just some of the questions that I am anxious to explore with you. Your participation in the conversation is welcome, as are any resources or ideas that you are currently using.

Let’s do a little daydreaming together!

The Coffee House, Liquid Networks and The Challenge to Change