Making space for creativity in the classroom sounds like common sense. Few educators today would dispute the wisdom of challenging students to think critically and to solve problems in creative ways. When it’s elevated to the primary goal of elementary schools, displacing the acquisition of foundational knowledge and skills, it’s time to ask deeper and more fundamental questions.

Teacher Aaron Warner, initiator of the Google-inspired “Genius Hour” at Regina’s Douglas Park Elementary School, is definitely a true believer in teaching creativity. Justifying his two hour-a-week program in a new book, Kelly Gallagher-Mackay and Nancy Steinhauer’s Pushing the Limits (2017), Warner provides this declaratory statement: “Sixty per cent of the jobs of the future haven’t been invented yet.” That insight, we are told, echoes Sir Ken Robinson’s contention in “Do Schools Kill Creativity?,” the most watched TED Talk of all time. It’s Robinson, of course, who uttered what became that simple, unassailable, unverifiable educational truth that “creativity” is central in developing education that will “take us to a future we can’t grasp.”

What’s the problem with repeating Robinson’s claim and citing a statistic to support that hypothesis? It’s a classic example of transforming education or “building the future schoolhouse,” on what Hack Education commentator Audrey Watters has termed “theory of mythical proportions” instead of evidence-based policy-making. Citing the statistic that “60% (or 65%) of future jobs have not been invented yet,” is doubly problematic because no one can authenticate the research behind that oft-repeated statistic.

Two enterprising British teacher-researchers, Daisy Christodoulou and Andrew Old, recently tracked the origin  of that statistic and found it essentially without substance. On the BCC World News Service program, More or Less, aired May 29, 2017, they identified how that statistic originated and got parroted around the globe. Most fascinating of all, one of the researchers who popularized the claim, Dr. Cathy Davidson of The Graduate Center CUNY, has now reached similar conclusions and ceased repeating the “65% statistic.”

“I haven’t used that figure since about 2012,” Davidson said, in response to the BBC News investigation. Her explanation of how the statistic disappeared is revealing about the sorry state of educational policy discourse, not only in Canada but across the world. 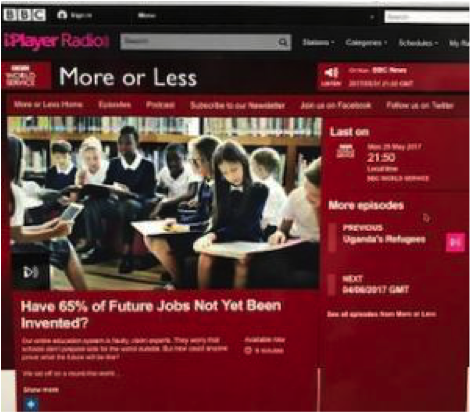 The disputed statistic was promulgated in Davidson’s 2011 book, Now You See It: How the Brain Science of Attention Will Transform the Way We Live, Work, and Learn. The figure, she says, didn’t originate with her. She first encountered it in futurist Jim Carroll’s book, Ready, Set, Done (2007) and it has been tracked down to an Australian website where the “65%” figure was quoted with some visuals and categories of new jobs that hadn’t existed before. After Now You See It appeared, that 65% figure kept being quoted, so Davidson attempted to contact the authors of the study to be able to learn more about their findings but all in vain. By then, the site was down and even the Innovation Council of Australia had been closed by a new government.

Since the reputed source of the statistical claim had disappeared, Davidson began issuing a disclaimer and stopped repeating the figure. She also embraced “Big Data” and started to deconstruct what the category of “job” really means. Much to the surprise of the British researchers, Davidson welcomed the probing questions and agreed that educators need to be far more careful about their use of statistical claims, and, most significantly, the wisdom of “using statistics like that at all.” 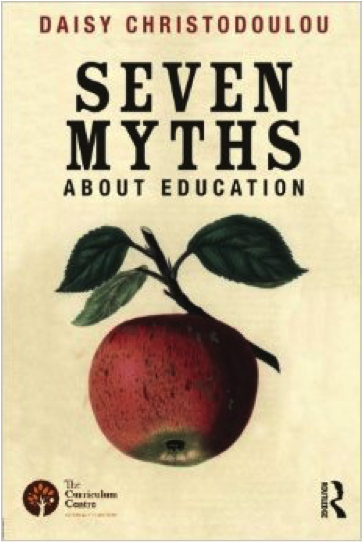 Why is 65% so problematic? The BBC researchers, Christodoulou and Old, also did rough calculations by looking at jobs that exist now and jobs that existed in the past and compared job titles. They found that maybe 1/3 of all jobs today are actually “new,” even by the most generous count. That’s 33% – not 65% – and hardly justification for turning the entire school system upside down.

No one has yet challenged one of Daisy Christodoulou’s key points in the BBC News broadcast. When asked whether “21st century skills” would last, she responded that, in her judgement, “the alphabet (language) and numbers (numerology)” would outlive us all. Surely that claim deserves a much wider public discussion.

Davidson has abandoned that unverified statistic and changed her rationale for system-wide change in the direction of “21st century learning.” Her brand new book, The New Education: How To Revolutionize the University to Prepare Students for a World in Flux (2017), carefully avoids recycling the statistic and, instead, claims (with “intuition” rather than “data”) that “closer to 100 per cent of jobs have changed in some way” in recent decades.

The American promulgator of the “65% statistic” has backtracked on one of her best-known claims. The whole episode has real implications for Canadian education policy discourse. Indeed, it raises serious questions about a whole set of related claims made in Pushing the Limits that schools have to be “transformed to prepare kids for jobs that don’t exist.”

Creative imagination has is place, but not when it comes to perpetuating popular educational myths. It’s our responsibility, as educators, to critically assess generalizations such as this repeatedly made using questionable research data.